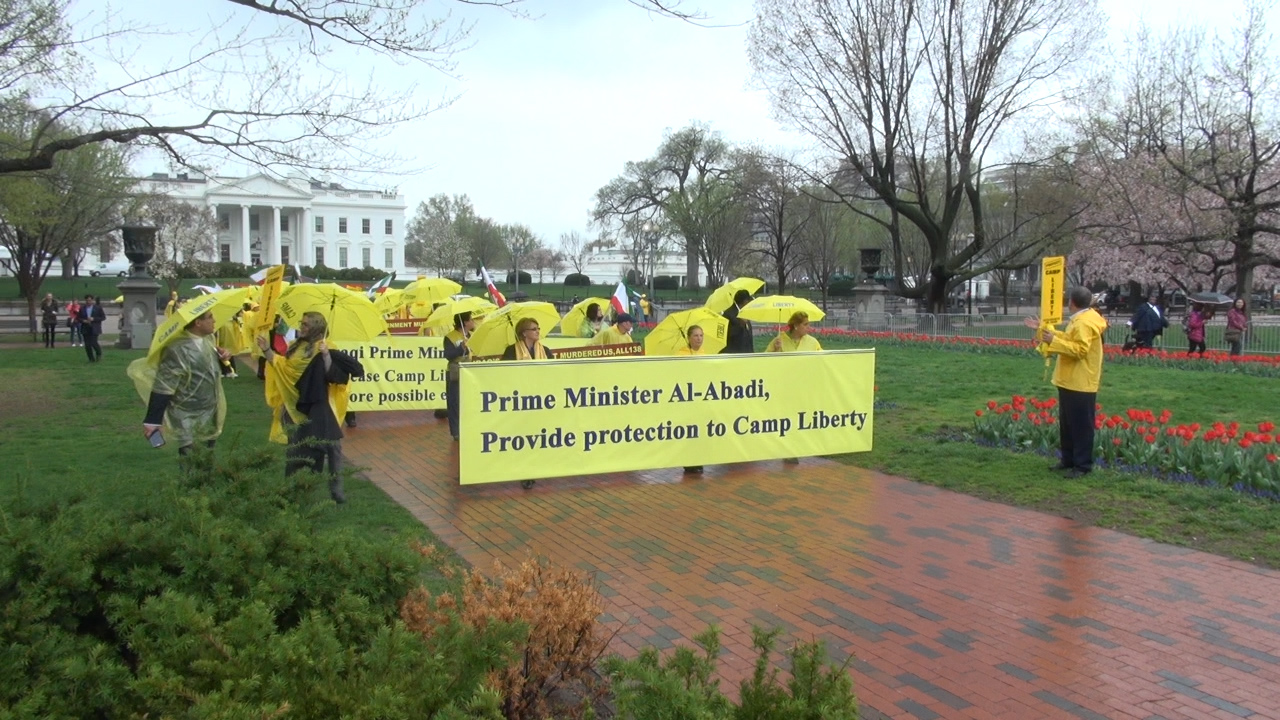 The Mojahedin-e-Khalq (MEK) originally fought against the Shah and Americans in pre-revolutionary Iran. The MEK was previously aligned with Saddam Hussein and designated as a terrorist organization by the U.S. Following the 2003 invasion, they fell under U.S. military protection. In 2012 the U.S. rescinded its designation as a terrorist organization, but they continue to be targeted by Iranians and Iraqis. This week, Iranian-Americans rallied outside of the White House to call upon President Obama to protect the 2,500 remaining MEK at Camp Liberty in Iraq as an issue of human rights.  The protest also coincides with Iraqi Prime Minister Haider al-Abadi’s visit to the White House.

Demonstrators back Iranian dissidents in front of White House from Mary Lee on Vimeo.