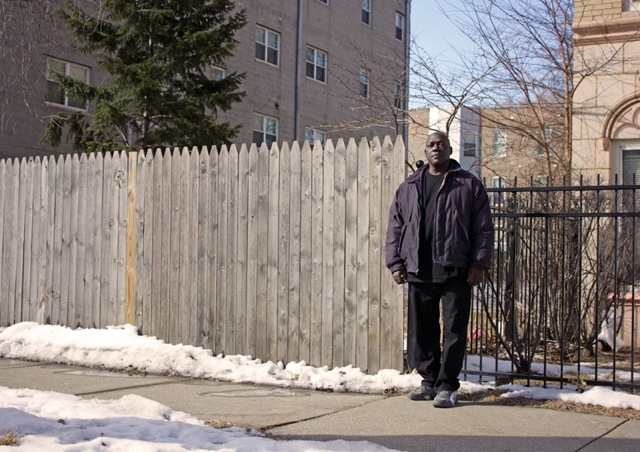 By Frederick H Lowe.  Mental illness is a silent epidemic among Black men, many feel racism is to blame. Full story on North Star News.

Horace Howard has been committed to Tinley Park Mental Health Center five times for auditory and visual hallucinations and once to Cermak Health Services, a psychiatric hospital operated inside Cook County Jail, where he was diagnosed with bipolar disorder.

His history of psychiatric hospitalizations notwithstanding, Howard, a 1994 DePaul University political science graduate, refused to believe he was mentally ill.

“Mental illness is a stigma that means you’re crazy, and I’m not crazy,” he said.

Howard, who is 57, exemplifies why mental illness is a silent epidemic among African American men, and why it is difficult, if not impossible, for some mental health professionals to reach black men, even after the men have convinced themselves or have been forced by others to seek help.  Daniel Jean, a licensed clinical professional counselor and former director of the Woodlawn Adult Health Center, a mental health clinic where Howard was a patient, said black men equate being called crazy with being seen as violent and dangerous.

The Woodlawn clinic was one of six city-run public mental health clinics closed in 2012 for budget reasons.

Although some African American men reject the idea they are mentally ill, the seed of mental illness was planted deep in black consciousness hundreds of years ago during slavery, according to Marcus Murray, co-founder of Project Brotherhood, an informal group of African American men who meet on Thursday afternoons to discuss common problems.

“Black men suffer from post-traumatic slave disorder; it is ingrained in our consciousness that we were slaves, and we watched helplessly as our wives and daughters were raped,” Murray explained.

“The Protest Psychosis: How Schizophrenia Became A Black Disease” by Jonathan M. Metzl also describes this phenomenon. Slaves who escaped bondage were called crazy or mad by plantation owners and physicians, Metzl wrote. “It was well-known, of course, that race and insanity share a long and troubled past,” he wrote. “In the 1850s, American psychiatrists believed that African American slaves who ran away from their white masters did so because of a mental illness called draptetomania. Draptetomania is now considered the edifice of scientific racism. Medical journals of the era also described a condition called dysaesthesia aethiopis, a form of madness manifested by ‘rascality’ and ‘disrespect for the master’s property’ that was believed to be ‘cured’ by brutal whippings. Even at the turn of the twentieth century, leading academic psychiatrists shamefully claimed that Negroes were psychologically unfit for freedom.”

Metzl is director of the Culture, Health and Medicine Program at the University of Michigan. The book, which was published in 2009, is supported by more-recent studies.

For example, a 2011 article in Psychology Today reported that African-American men suffer from post-traumatic stress disorder (PTSD), which is characterized by depression, anxiety, nightmares, insomnia and hypervigilance. The disorder is further complicated by low self-esteem and feelings of humiliation because of daily encounters with racism, including micro-aggressions.

Murray, the co-founder of Project Brotherhood, said, “Sixty percent of black men suffer from mental illness caused by the stress of living in a white world where it is difficult for them to find work so they can take care of themselves. They and their families often live in gang-infested and crime-ridden neighborhoods with questionable police protection. Even black men who are working and living in low- or crime-free neighborhoods also suffer from racism.”

Murray’s views are echoed by Dr. Waldo E. Johnson Jr., a University of Chicago professor and editor of the book, “Social Work with African American Males: Health, Mental Health, and Social Policy.” Johnson said black men often see themselves as being undervalued and viewed suspiciously as criminals, regardless of their circumstances.

Murray also said that most of the black men who participate in the group sessions offered by Project Brotherhood are suffering either from depression, a mood disorder that is one of most prevalent forms of mental illness, or bipolar disorder. He calls the meetings “rap or testosterone sessions, not social support groups,” because black men reject that designation as too closely associated with white women.

“Initially, they say, I don’t suffer from depression, but if someone asks, ‘What about this?’ The men start talking,” Murray said.

Howard believes that his diagnosis is a result of white racism.

“It is a stigma against African American men,” he explained. “We have suffered through slavery. We have fought in America’s wars, yet we still have a high jobless rate and they [whites] call me crazy. They think all of us are crazy.”

Glenn Ford, Jr., another patient at Woodlawn, who has been diagnosed with bipolar disorder and schizoaffective disorder, also attributed his illness to white racism but he says he can’t blame everything on racism.

“Blacks have had terrible things done to us,” said Ford, who goes by the African name Ummi Yaya. The damage is both physical and psychological. “Black men are called thieves. White men are called embezzlers,” he said. “I am not crazy. I’m just trying to fit into an insane society.”

He added, however, that he has caused some of his own problems.

“I drank and smoked weed,” he said. “I stopped taking my medication, and I got involved in get-rich pyramid schemes. So I brought a lot of these problems on myself. I can’t play the victim all of the time.”