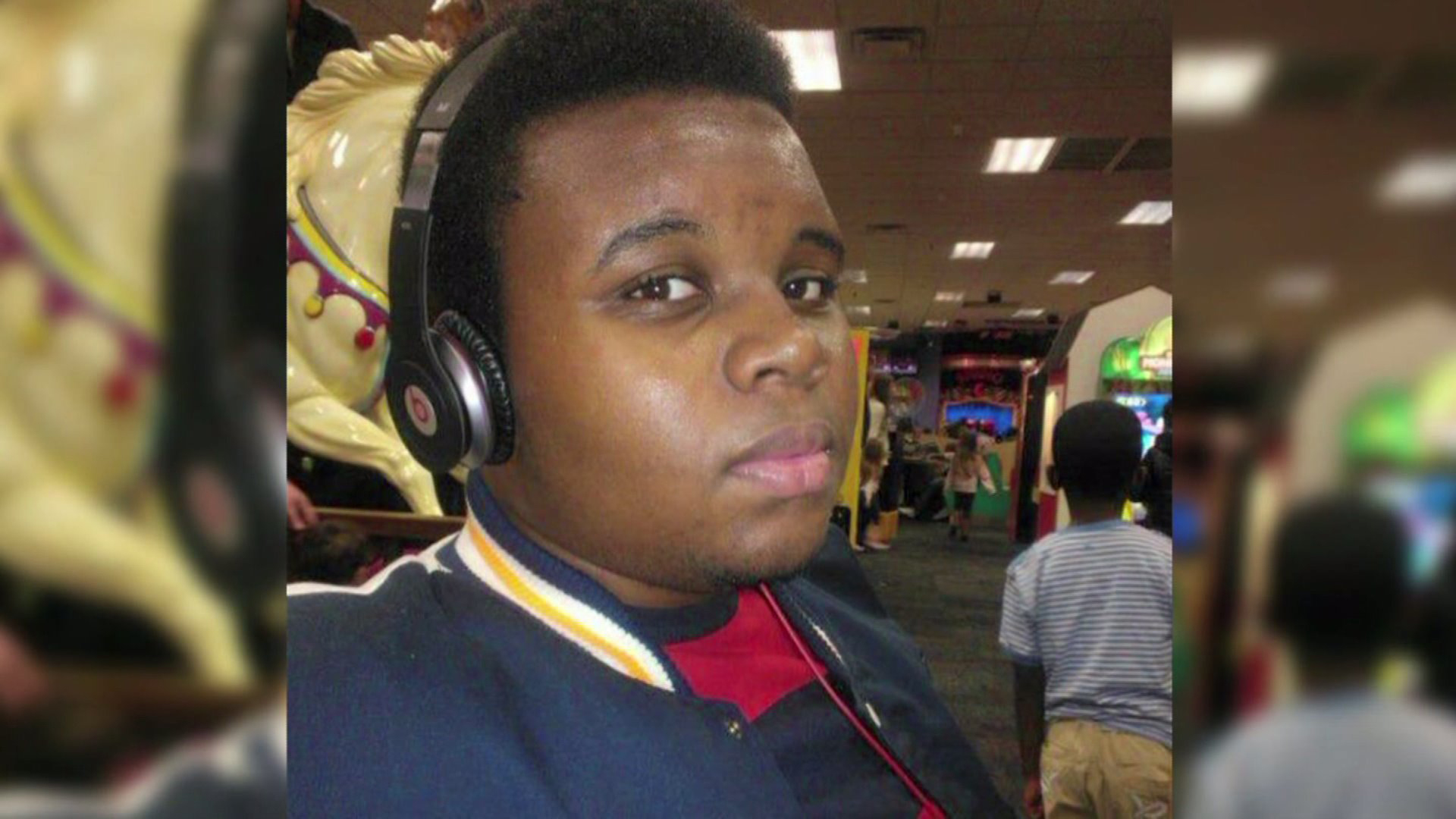 “When I think about Trayvon, Michael, or even the more recent Tamir Rice, I wonder about my own brother, a kid who, to the stranger’s eye, might seem big, intimidating, maybe even dangerous, but has the disposition of Winnie the Pooh. He is also one of the most sensible, loyal people in my life. My brother likes to draw. He likes anything strawberry-flavored. He is deathly afraid of guns. When there are bugs in the house (and Alabama waterbugs are huge, thank you very much), he saves me every time without a question. But my brother is autistic. And sometimes he has trouble articulating, and sometimes (like all of us) he gets angry. At times he doesn’t know his own strength—even when he’s hugging people from sheer joy—and it worries me that the system (which was never built to support people like us anyway) will not find in him the 16 years of character that I’ve witnessed and even helped to mold, but the way that he carries himself on the roughest of days. My brother has so many markers against him. He is a young, black, autistic male who lives in America in a system that translates this into instant criminality, delinquency and uselessness. Yet he’s still happy to wake up every morning. But I wonder, at this rate, how many more mornings America will allow him. And this scares me.”

This was an entry that I posted on Facebook the morning after the Michael Brown verdict was announced. After I published it, I assumed that the thought, now forever fixed on the internet, would finally pass from my consciousness.  I assumed I would rest a little easier having shared with my peers the fact that my own brother could have very well been Michael Brown. But this was not the case.  The more I thought about my brother, the more I began to think about that post and how I talk about his social disadvantages.

I began to see that my fears for my brother’s safety are instigated not only by his race, but by his mental disability and health. And when he’s not fighting one issue, he’s fighting the other.

So if it’s not enough that my brother is supposedly predisposed to be a criminal simply for being a man of color, he is also likely to be considered a threat and or liability because of his disability.

If he is attacked by police, it will be his race that will be matter.  If one were to ask the average American for their definition of what social justice is supposed to address they would give you the three biggest subjects: Race, gender, and class. And perhaps, though not as frequently, they might mention sexual orientation, ability, age, etc. The neglect of ability and mental health issues has been engrained in American society, from the way that the school system handles students with disabilities, to the way that industrial prison complex handles prisoners, to the general discomfort that comes with discussing suicide and suicide prevention, and to the fact that the phrase “mental health” is always synonymous with “mental issues.”

Americans rarely ask questions of a national case like Michael Brown’s concerning what was going through the heads of those involved or what feelings or issues might have caused them to act the way they did.  This makes getting to the root of the issue a lot harder. And when these questions are asked, the media packages them in a way that seems to suggest that these questions can only be considered when the incident involves a young white male.  If a young black male is accused of a crime or an altercation with law enforcement, the narrative is that he is a product of delinquency.  It is not because  he has a difficult home life, lives in poverty, has had previously triggering experiences with law enforcement or the police, or struggles with mental health issues.

I’m not saying these questions are all relevant to Michael Brown or could have changed the outcome in his case. I’m not even saying Michael Brown struggled with mental health.

I am saying that we don’t usually bother to ask.

Lauren Harris is a freshman at Northwestern University’s Medill School of Journalism with a personal interest in graphic design, creative writing, and website construction. Growing up in Birmingham, AL, she has taken an interest in racial injustice in the media and writes about such things in poems, short stories, and blog posts.