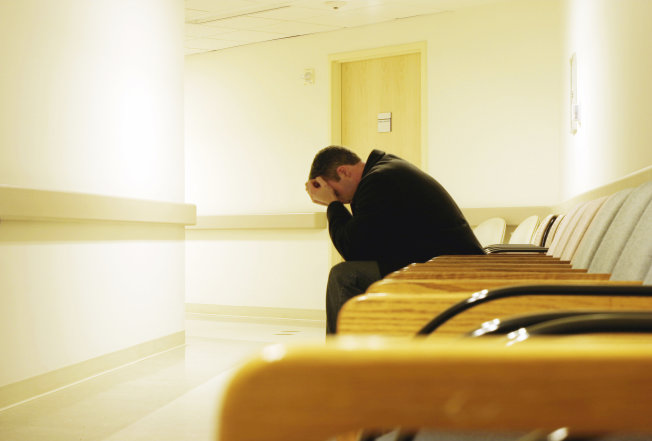 When mental health clinics close their doors for good, patients may discontinue their treatment or wind up in a hospital or jail.

Financial shortages have forced many states to cut millions of dollars from their mental health budgets, shuttering the community mental health clinics that serve as a safety net – or a last resort – for patients who have nowhere else to go. But after the clinics’ doors are boarded up, what happens to the patients who are forced to find services elsewhere? It’s hard to find definitive answers, academics and mental health workers say.

“There aren’t empirical studies of this,” says Linda A. Teplin, Owen L. Coon Professor of Psychiatry and Behavioral Sciences at Northwestern University’s Feinberg School of Medicine. “They’re just too expensive to do, and not feasible. There are findings and government statistics that suggest what is happening,” but due to many complex variables, “nobody can do a direct study on the consequences of cuts for mental health.”

Nevertheless, a few experts were able to share some common scenarios they’ve observed when access to public mental health centers is thwarted:

“Whenever clinics close, there’s [an interference] in care because [patients] may have an ongoing relationship with particular providers.” To develop new relationships with new providers, Watson says, “can be really disruptive.”

Medical records can be transferred in the blink of an eye. But it takes much longer to open up to someone and feel comfortable talking about your symptoms, particularly if you have a stigmatized psychological disorder such as schizophrenia or bipolar disorder. Many patients have been visiting the same mental health providers for years, and it’s difficult to develop the same kind of doctor-patient relationship overnight – especially when you only see them once a month. “It takes months before you’re in a position where you might know that person, trust that person and feel comfortable with really working on things with them,” Watson says. And with patients who have severe mental illnesses, “months” may be too long.

Patients aren’t the only ones facing obstacles. Staff turnover at mental health clinics is high to begin with, Watson says, because the workers aren’t paid very much. And when mental health clinics close, even more therapists are laid off – making it that much harder for the few remaining mental health professionals to treat a new influx of patients. “Caseloads sometimes double or triple,” Watson says. “Initially there’s this huge, inadequate capacity to serve the people who have been getting services.”

When the therapists do see patients, it’s a challenge to implement individualized treatment. They have dozens of other people, each with varying conditions, to monitor on a regular basis. The appointments are shorter and more compressed. It’s also hard for them to return phone calls and schedule follow-up visits amid their jam-packed schedules. Perhaps the biggest obstacle, though, is maintaining a relaxed intimacy for patients. If they feel rushed, they won’t open up.

In short? Patients are forced to form new bonds with unfamiliar doctors, who might be highly skilled but are often too harried or transient to provide them with the attention they really need.

When mental health cuts are implemented, Watson says, patients are likely to face both physical and emotional obstacles when switching to a new provider.

The sheer act of traveling to a new health clinic can be an odyssey – especially for cultural and ethnic minorities and people below the poverty line, who are the population sector hit hardest by clinic closings. Many of these patients don’t own cars, and they might not have the money to subsidize lengthy commutes via public transportation. And if they work, it’s a challenge to squeeze a journey with multiple bus lines or subway routes into their schedule. Sometimes, the choice of whether or not to see a professional lies solely on whether they can afford the costs – or the time.

“It’s a safety issue also,” Watson says, explaining that many individuals with a mental illness have histories of trauma. “If they’re on a three-hour bus trip, it may be after dark. That could create such an anxiety situation that it’s easier to just stay home … They’ll wait until [things are] really bad before they make the effort to figure out how to get help, and by then, you’re talking about maybe emergency room use, hospitalization – those types of things.”

And there are still other potential roadblocks to care. Navigating cultural and language barriers is a huge factor, as some clinics are more prepared than others to receive new clients from disparate backgrounds. And since people with psychiatric illnesses often have concurrent conditions – substance abuse or another medical illness – throwing any change into their routine can complicate their goal to switch providers. All of these factors come into play when patients decide whether or not to keep on going to a clinic. Sometimes they brave the barriers. Other times, they decide it’s easier to just stay home – and their mental health pays the price.

They End Up in Emergency Rooms – or Jails

When mental health clinics close, what usually follows are anecdotal reports of an increased amount of emergency hospitalizations and incarcerations, says Alexa James, executive director of Chicago’s chapter of National Alliance on Mental Illness, a nationwide grassroots nonprofit that provides treatment, support and advocacy for the mentally ill.

In 2012, Chicago closed six of its 12 mental health clinics for budgetary reasons – and former patients are still reeling from the effects, James says. “At NAMI, we’ve seen our support groups double,” James observes. “We’ve seen incarceration rates go up, and we saw hospitalization rates go up within the communities we work with” – although she notes that privacy laws and other factors keep them from knowing the numbers.

Cook County Sheriff Thomas Dart, who oversees Cook County Jail, the nation’s largest single site jail, made a similar observation. “I talk to a lot of the detainees,” Dart says. “They frequently tell me, ‘They shut that clinic down that I used to go to all the time. Now I don’t have anywhere to go, I’m off my meds now, [etc.]’ … People who traditionally never would’ve been in a criminal justice setting are now there by default.”

While there aren’t any empirical studies that conclusively state whether jail populations swell when mental health cuts occur, Teplin says the rate of psychiatric disorders in incarcerated populations of men, women and youth is “two to four times higher than the general population” – usually because poor people with mental health issues may become homeless or arrested if they aren’t provided with treatment. “For example, you’ll have someone who is sleeping on somebody’s car,” she says. “The driver calls the police, and the person is arrested for trespassing.”

According to Dart, his prison is one of the largest de facto mental health providers in the country – and the financial realities are dire. Dart estimates the taxpayer price of housing a prison inmate to be approximately $150 a day. However, he says, a mentally ill patient requires psychotropic drugs, therapy and constant surveillance; these treatments add up to $300. Community support systems and preventative care, he says, would prevent incarceration and diminish costs.

There aren’t any easy answers – or solutions – to any of these problems, Watson observes. “The closure of clinics is obviously part of a financial reality,” she says. “Governments don’t have enough money, so part of the issue is really recognizing that it might be important to [finance] community mental health services. The thing is, is that the savings you get might be from somebody else’s budget. So if I provide better community mental health services, perhaps they’ll save money in the jail budget.”

“There has to be some sort of bringing together of the stakeholders in thinking about a more rational way of working out those resources,” she continues. “They’re always going to be limited, but we could probably do better with what we had. And unfortunately, the people most impacted are the people that are least likely to have a voice – or at least a voice that people really pay attention to.”