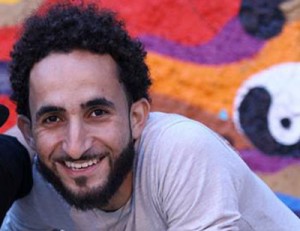 Ahmed Hamad is a Palestinian interdisciplinary artist from the Gaza Strip. He worked as assistant multi-media editor and freelance cinematographer/photographer for the Columbia Chronicle and Silver Fir Media. As an interdisciplinary arts and media graduate student and cinematographer, Ahmed chronicles and seeks out stories of disenfranchised people for whom, he notes, “justice is neither fair nor equitable.” War is wreaking havoc on his homeland, which for many years was a stable agricultural community near the Israeli border. So he knows the pain of people who are poor and under-represented or not represented at all. Those are the kind of stories Ahmed can relate to and is compelled to tell. And through the telling, he hopes that their voices are heard and that actions will be taken to change their lives.